https://www.youtube.com/watch?v=mKPoBhLC6fU
A short while ago we announced a special countdown timer that was featured on the front page of our forums counting down to a reveal, and today is that day. We are very excited to announce we are launching a new in-game event: ARKaeology! 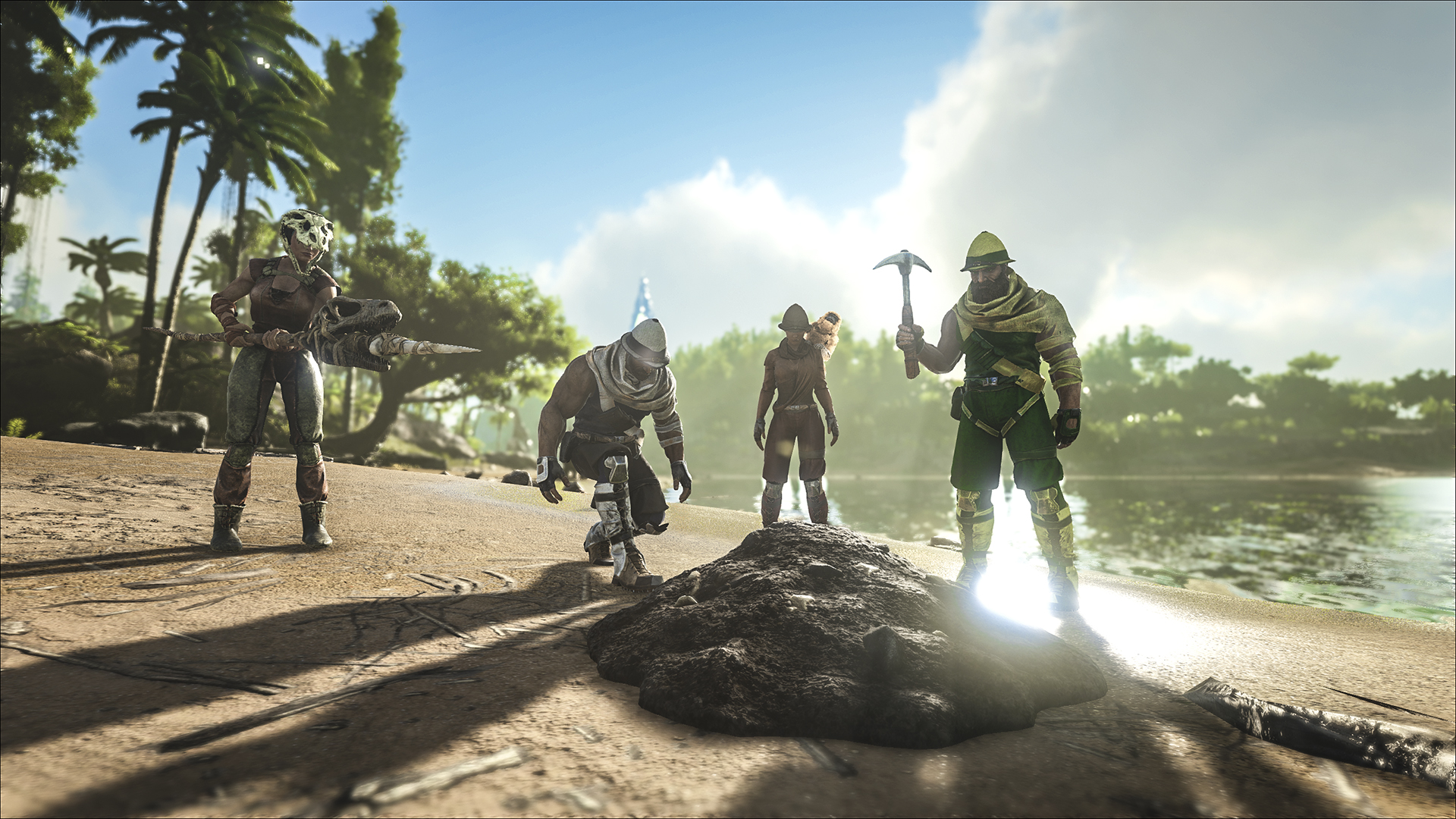 The event will run beginning today on all platforms until July 15th. As you traverse along the ground on any of the maps (the Island, The Center, Ragnarok, Aberration or Scorched Earth) you will come across fossil mounds which you are able to excavate. Inside the mounds, you'll find a few bones and if you're lucky you'll even find extra loot inside of one (signified by a special particle effect)! After you collect enough bones you’ll be able to craft several skins with the use of a Cooking Pot.

There are four brand new skins to collect: 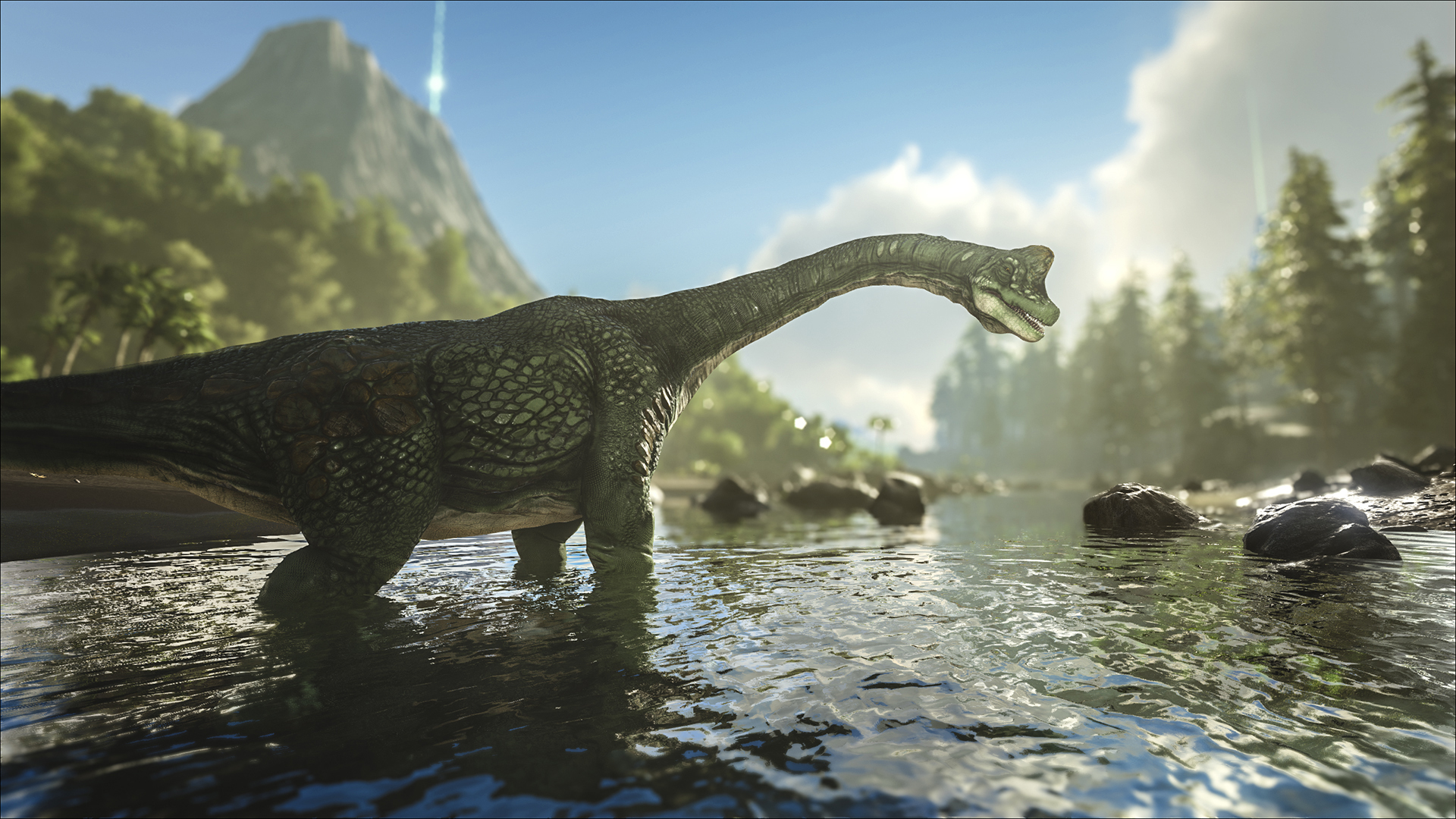 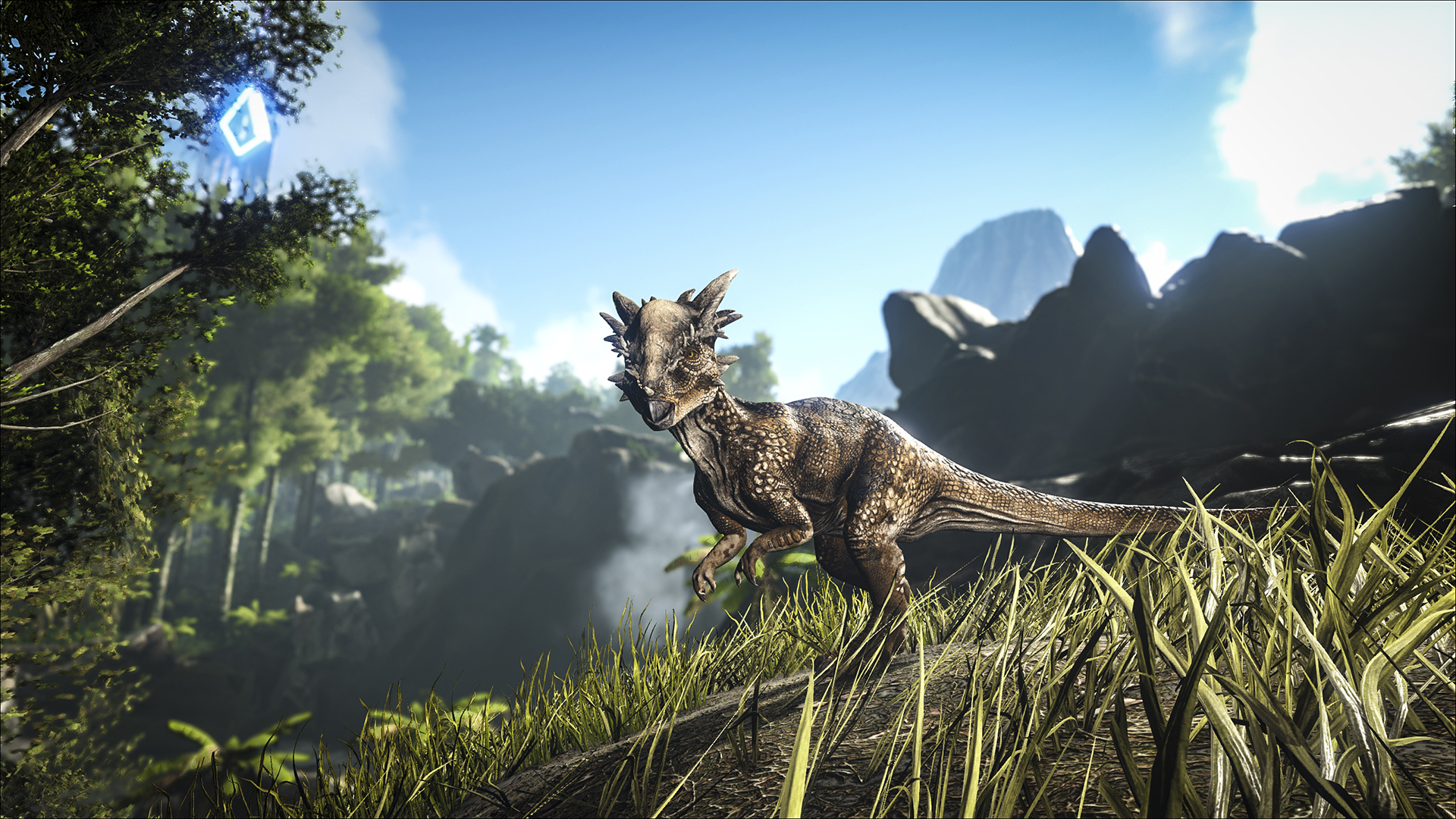 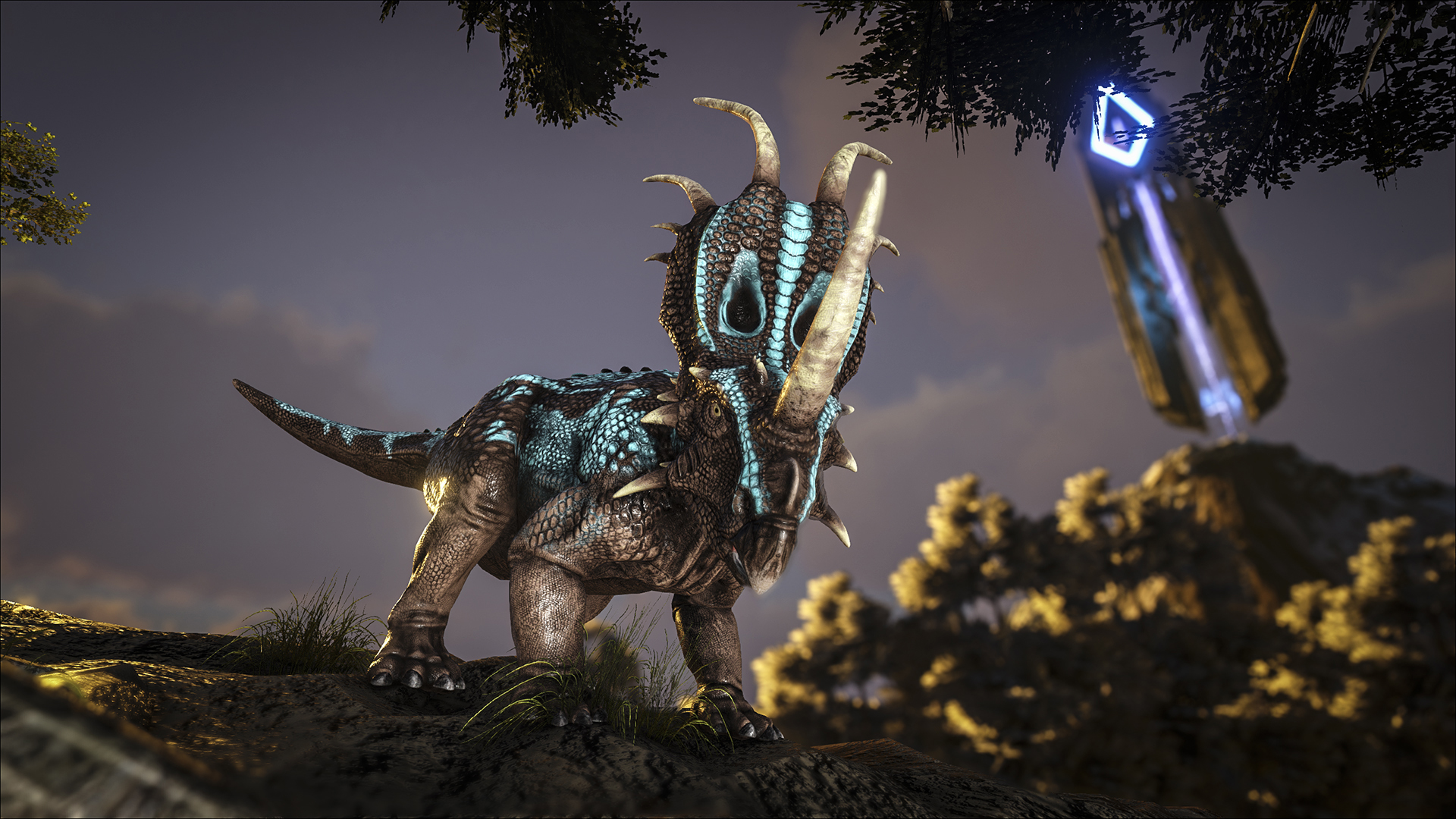 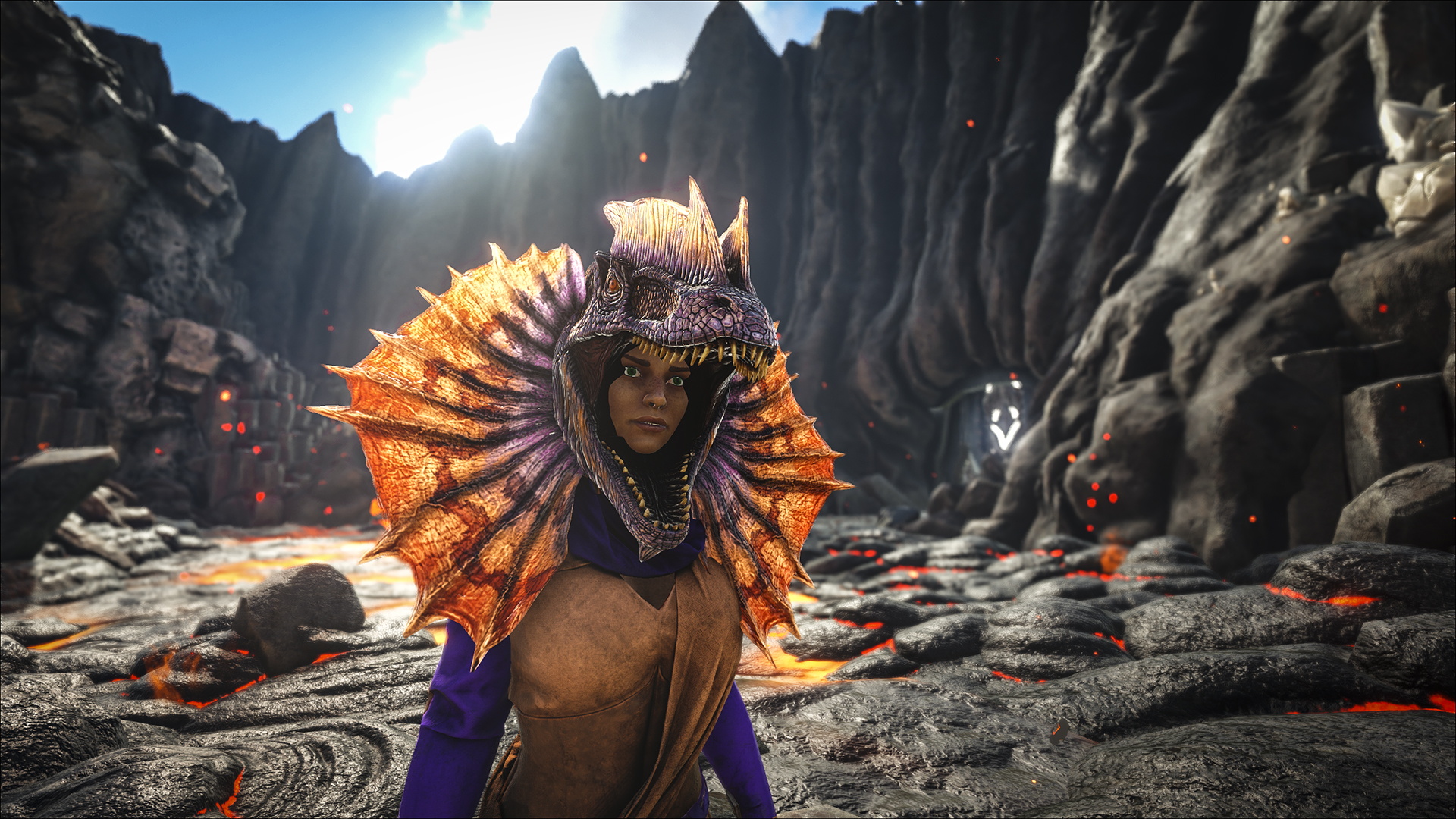 There are returning skins, the skeleton bone dino costumes:
The ARKaeology event also brings with it a bionic battle beast - the Tek Rex - for survivors to tame, ride and breed! 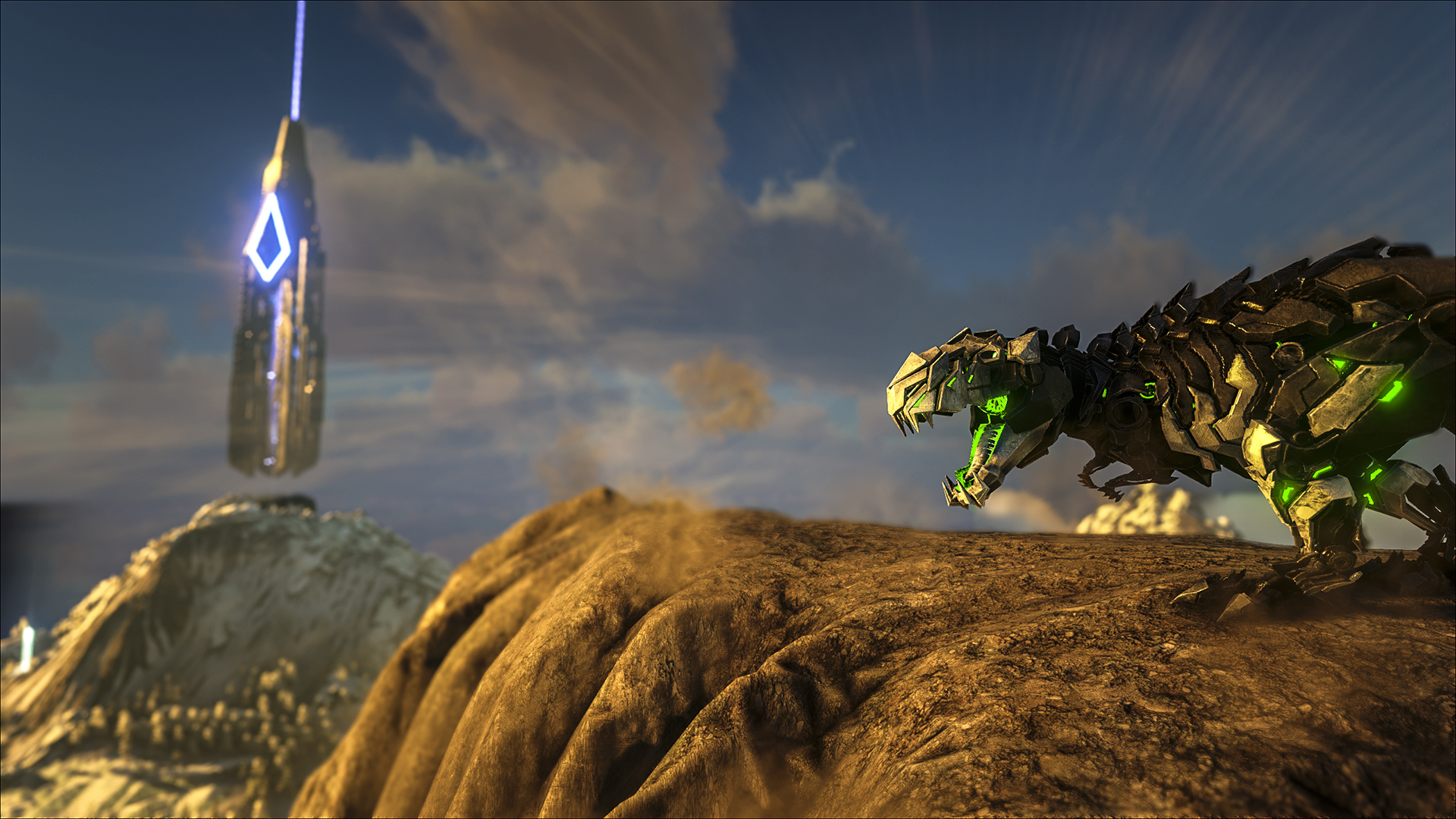 The Tek Rex is, as the name implies, a rare, specially armored wild T-Rex that can achieve a higher level than its standard brethren. Previously isolated to just a cosmetic skin, these wild creatures will be roaming the ARKs (on maps where normal Rexes are present) and are yours for the taming, if you can handle it!

ARK'S BIGGEST SALE!
ARK and its expansion packs are currently on sale across all platforms at their lowest prices ever! Check out the image and links below for more details! 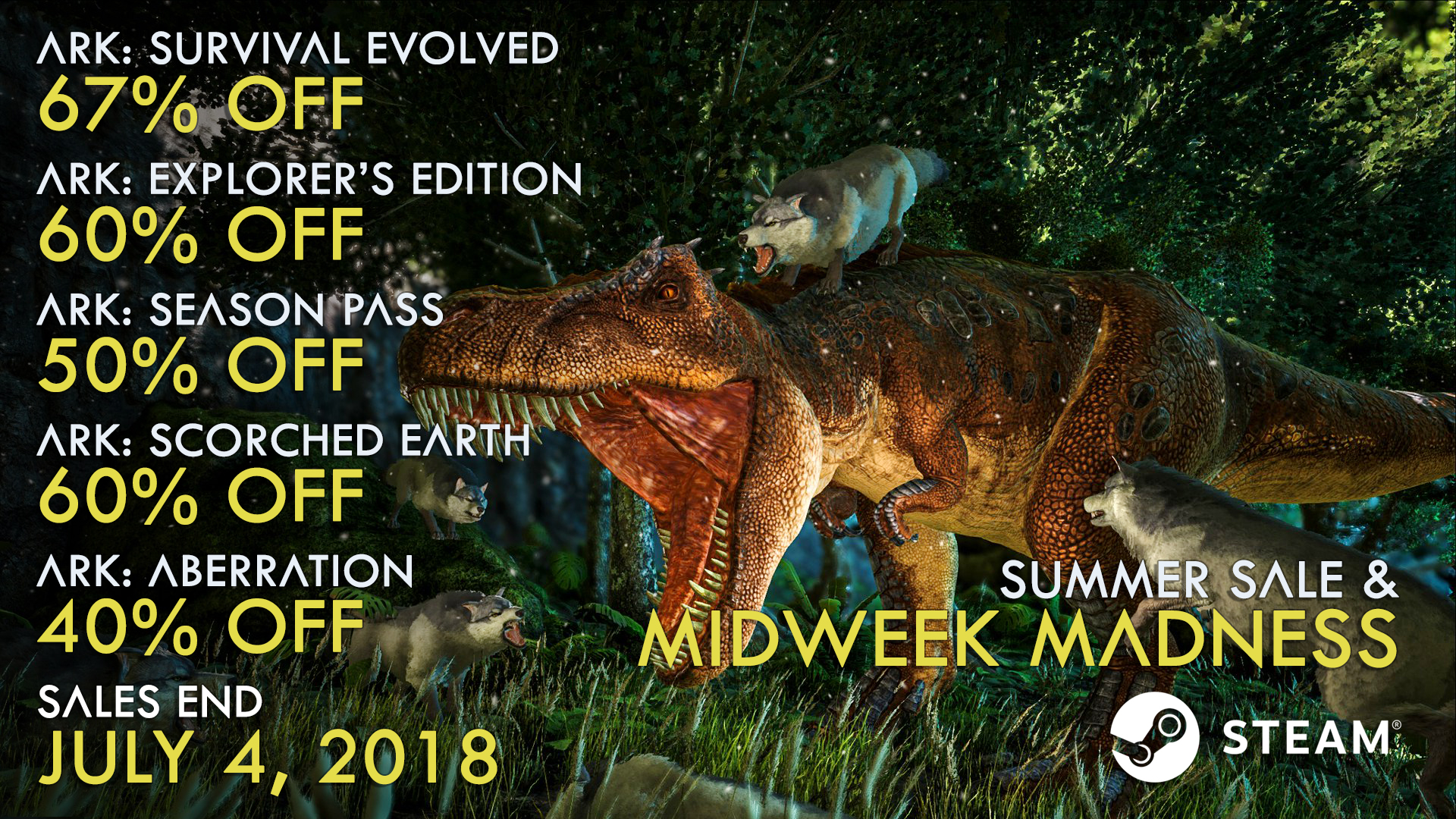 ARKaeology Event
Scavenge fossils from the various mounds that spawn on every map, be on the lookout for special mounds that contain items and use fossils to craft special skins!

The event will run automatically from 15th of June to 15th of July on Multiplayer and Single Player. If you're using a non coredata mods, or a custom map, you can activate the event with the following commandline:

you can also run that commandline after the designated period to have the event continue, or opt-out using:

Be on the lookout for hidden mysteries!
Click here for the source of this article RSS Feed