Introducing: ARK: The Survival of the Fittest!

We are excited to announce that ARK: The Survival of the Fittest prototype is now available on Steam! 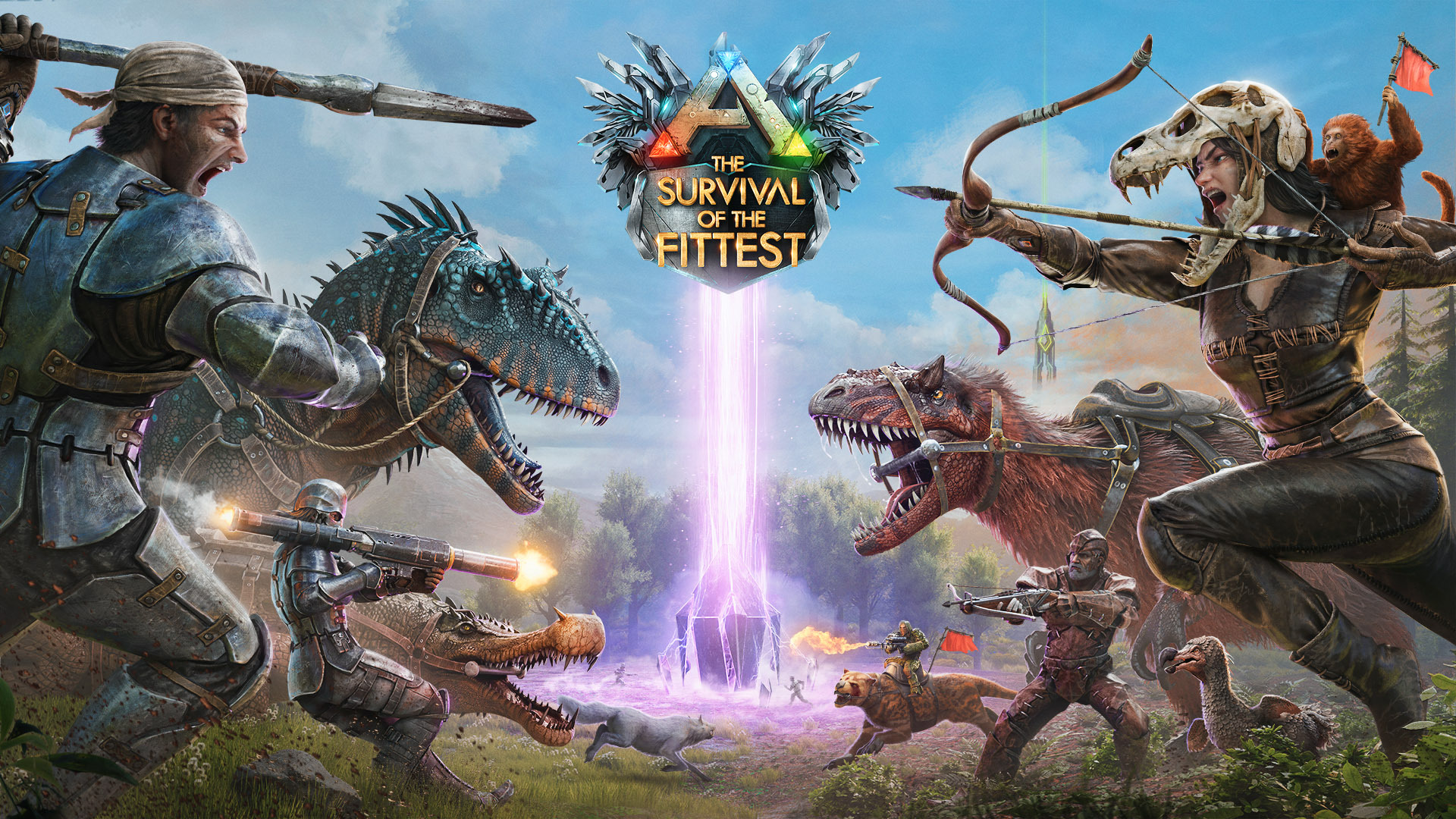 ‘ARK: The Survival of the Fittest’ is a prototype spin-off of ARK: Survival Evolved, pitting up to 60 combatants against each other in a fast-paced, action-packed struggle for survival, where players are ultimately pushed into an epic final showdown leading their Dinosaur Armies into battle. ARK TSOTF is the only Battle Royale that focuses on large-scale creature-army confrontations, combined with a unique Real Time Strategy overlay. By using tactics and strategy to assemble a fighting-force of history’s most powerful primeval creatures, only one tribe will survive!

Form your tribe and fight in the ultimate battle of Dino Survival! Designed for intense competition and fast-paced dino action, survivors begin their match in a TEK-imbued sky lobby to tribe up. When the battle begins, they’ll fly towards an island aboard a giant Quetzal before ejecting and gliding towards their chosen starting area. Do competitors dash for drops and fight it out? Do they run into the jungle and hide, search for creatures to tame, and rapidly build their Dino Army, or do they die to a pack of curious Compys? Make use of the birds-eye-view mode, which allows you more effectively Command-&-Control your army of dinosaurs, directly possess individual upgradeable creatures, and issue commands to your team as the ultimate strategist. This unique RTS-style experience is available in-life and also after-death! Avoid the continually shrinking and dynamic “ring of death” that forces contestants ever closer together over time and become the last tribe standing. The hunt is on!

Please note: this version is currently only a prototype to test out the new gameplay and features – it is not yet a fully-featured competitive game. Nevertheless, we encourage all survivors to play and provide us feedback to help further develop and grow TSOTF!

While the core goal of The Survival of the Fittest remains the same, we’ve gone back to the drawing board and introduced a significant number of technical/quality of life/balance changes to the game mode that differs from ARK: Survival Evolved and the original version of Survival of the Fittest. These changes aim to make the experience more streamlined and accessible, eliminating the complex aspects of crafting & the steep learning curve, and empowering players to quickly form their Dino Armies and get to the creature-action faster.

As always, we’re looking forward to seeing your community-created content, collecting your feedback, and participating in the action as well! With fast-paced gameplay and intense combat focused on large-scale creature battles, The Survival of the Fittest is the ultimate test of skill and strategy! We’ll see you out there on its primal battlefield!