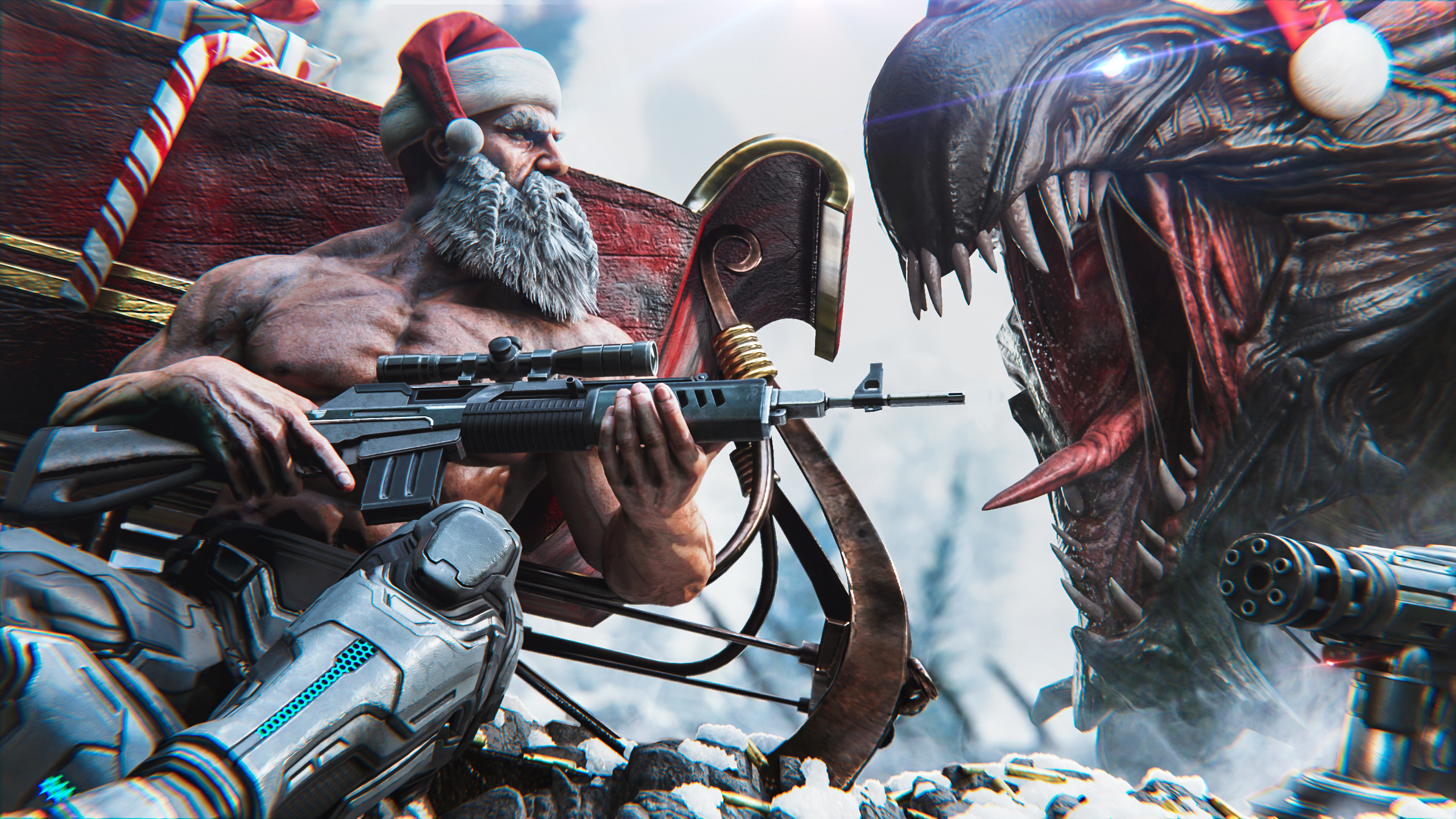 As 2020 winds up--a year that has been eventful and challenging for all of us--we wanted to take pause and extend our heartfelt gratitude to the ARK community for the tremendous support you've shown us throughout the years. ARK is a community-driven game and you continue to put your dedication and passion on display daily. We pour our hearts and souls into everything we create. We embrace that passion so that we can continue creating epic entertainment for our players. Irrespective of who you are or where you’re located—if you’re a part of our evolving and vibrant community, you're a part of what makes the ARK Franchise what it is today.

Gaming brings people together across the globe. We're humbled that we can bring some joy and fun into player's lives, especially during a challenging year when connection and camaraderie can help us all. 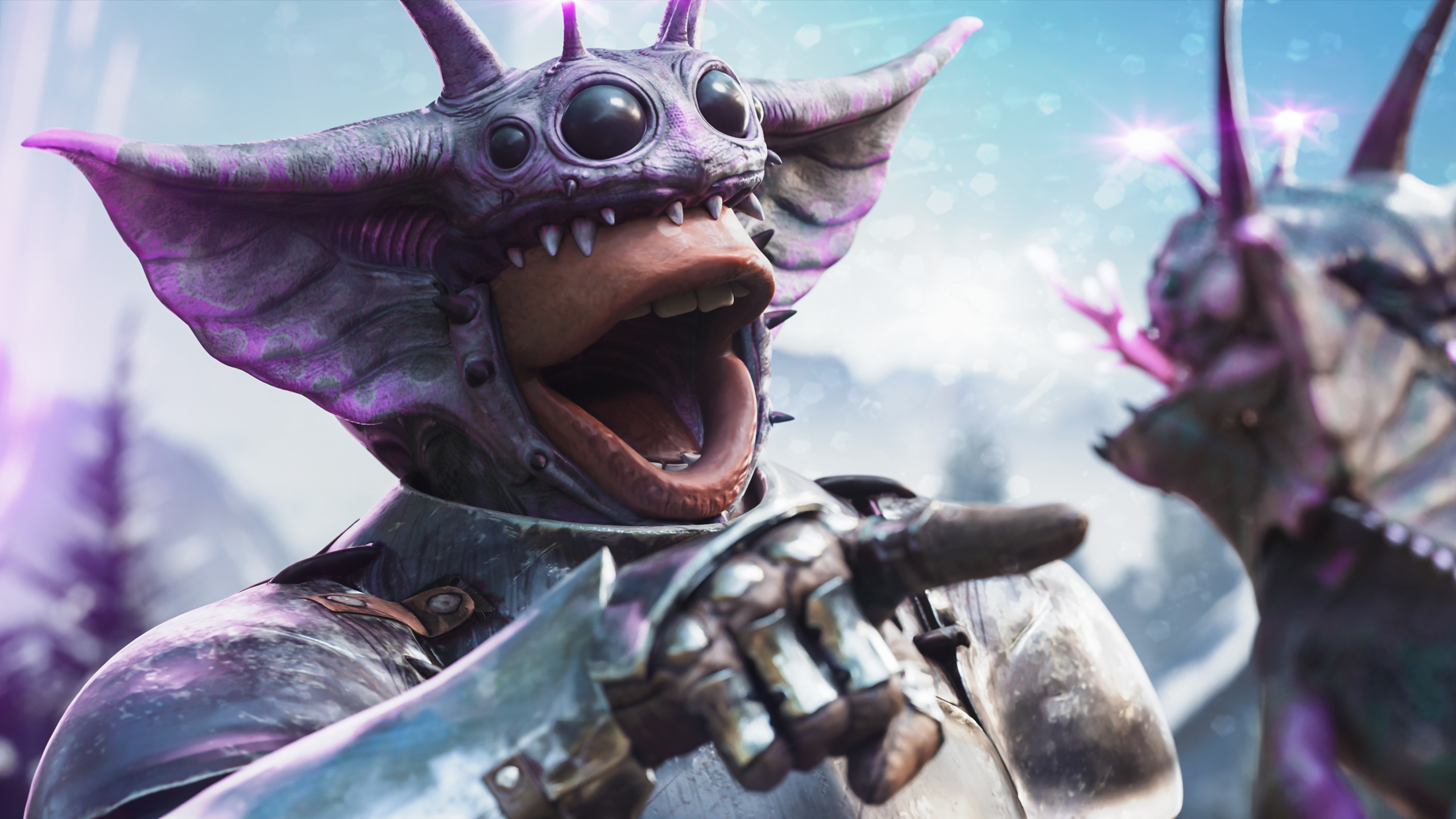 The 'Poglin' skin is a prime example of something born of community love, humour, and passion. The 'Poglin' mask became a reality after the ARK community began to create memes inspired by the debut of the Noglin with the Genesis II teasers. Although the addition of the skin is minor, we wanted to show that the ARK community is major to us.  As we move forward to 2021 and the release of Genesis Part II, we strive to reciprocate the creativity, excitement and passion you've continually shared with us.

Speaking of excitement, we couldn't move onto 2021 without a little more teasing of Genesis Part II: 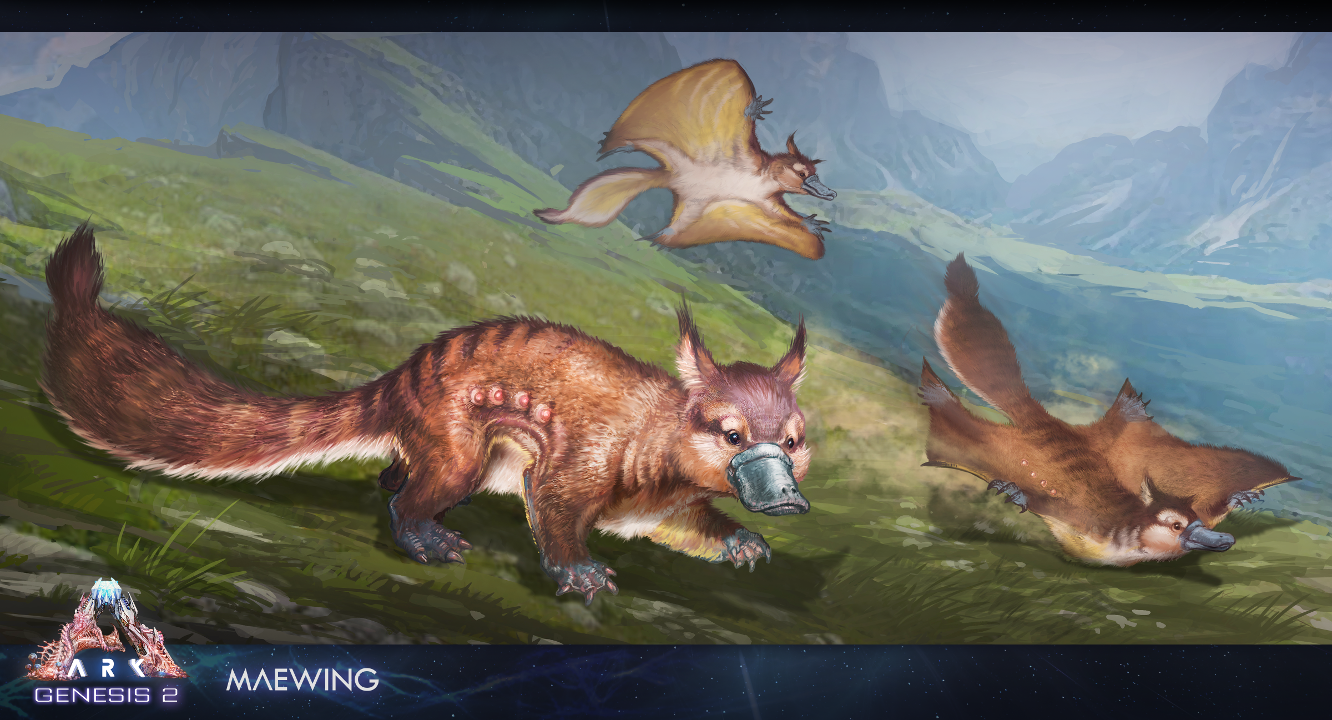 Engineered to be the ultimate interstellar wet nurse and surrogate parent, in addition to automatically taking care of your babies, the Maewing can steal enemy offspring by luring their young in for an irresistible suckle at its bounteous teats! 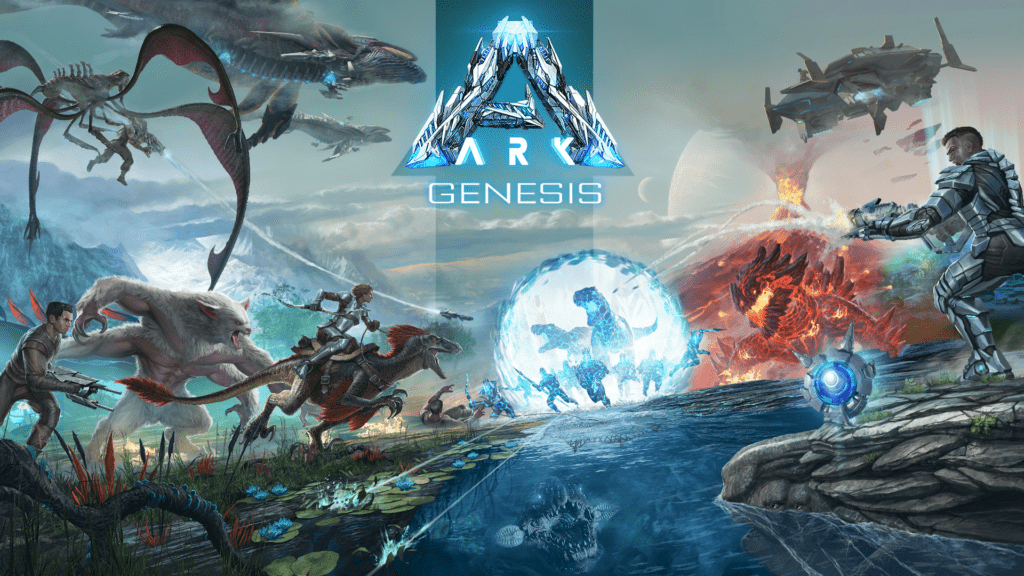 We launched Genesis Part I, a whole new chapter in the saga of ARK: Survival Evolved.  Genesis Part I created new challenges that have yet to be seen in prior ARK experiences! ARK: Genesis represented a new, story-oriented beginning in ARK’s epic saga of survival. 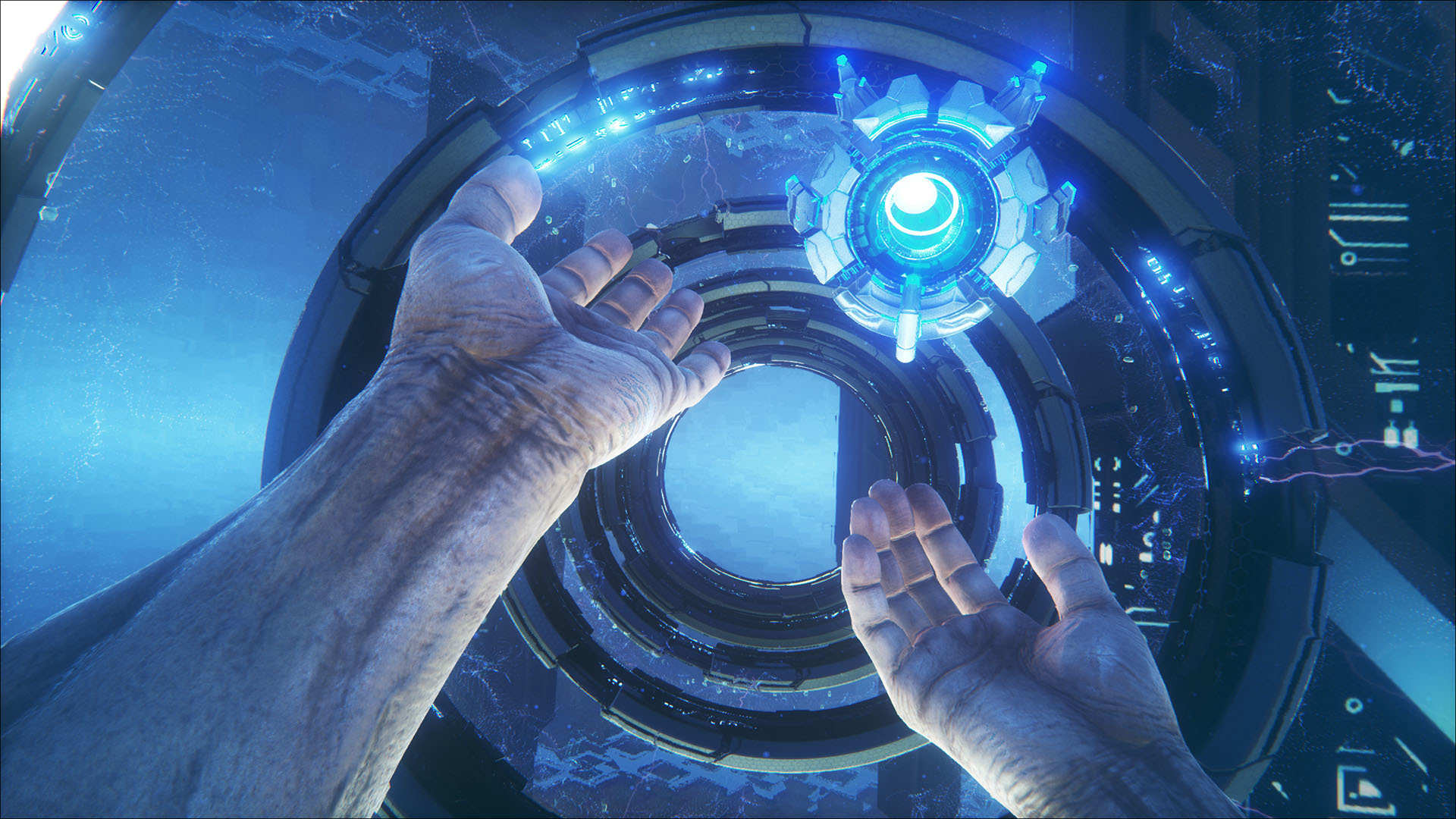 You gained a robotic companion, HLNA, to help you overcome the simulation’s rigorous tests. You not only needed to tame and fight but you also had to adapt just as the environment around you does. 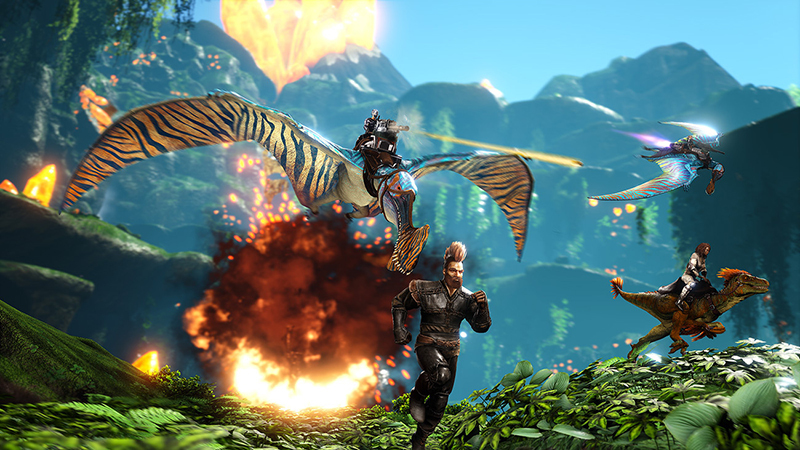 We invited you to explore a new world, Crystal Isles, a supernatural beauty won the hearts of the ARK community since its debut as a mod in 2016.  Crystal Isles offered rainforest canopies, mysterious floating islands, and introduced three types of crystal wyvern for you to tame and breed and a new custom boss arena. 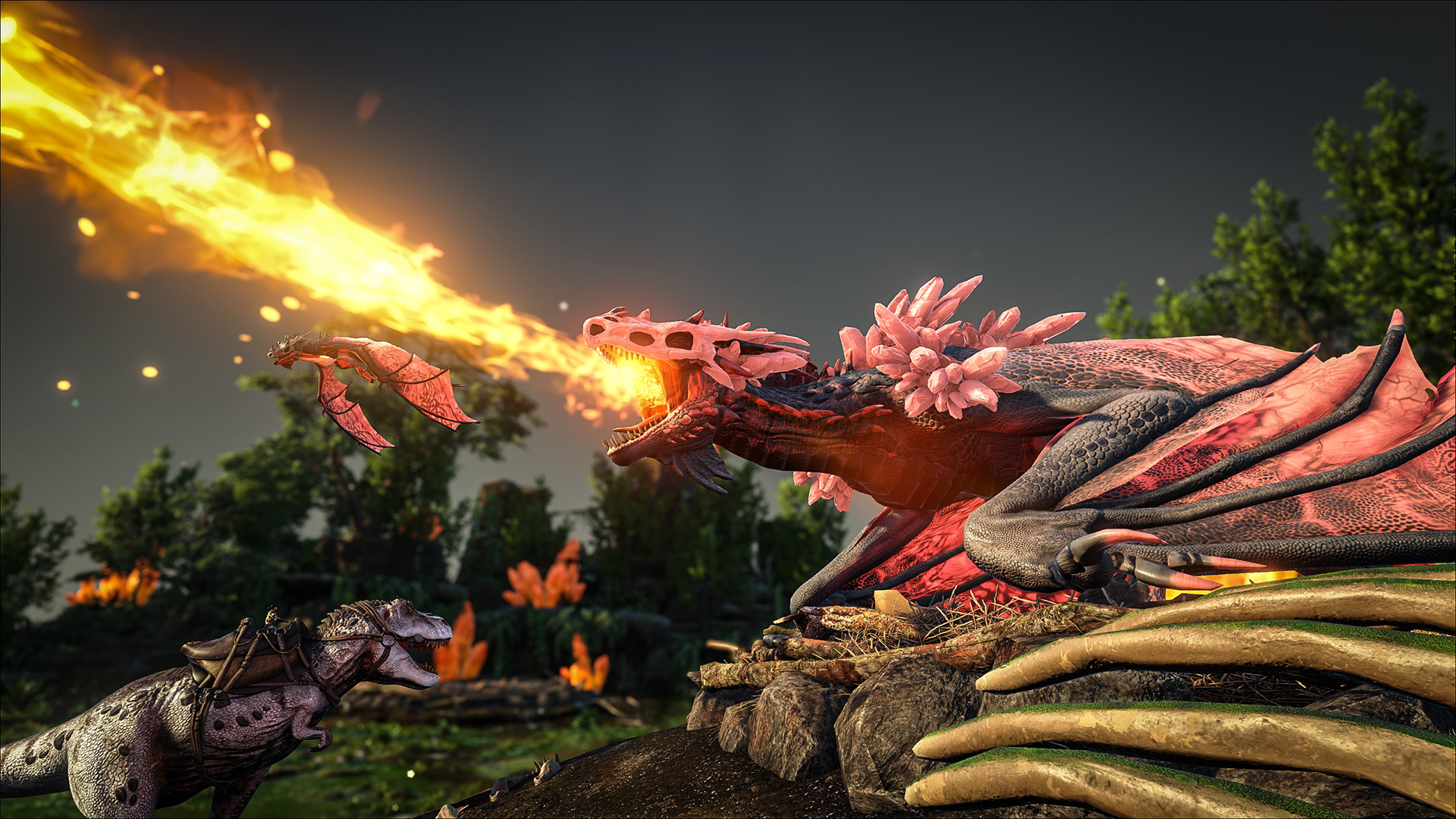 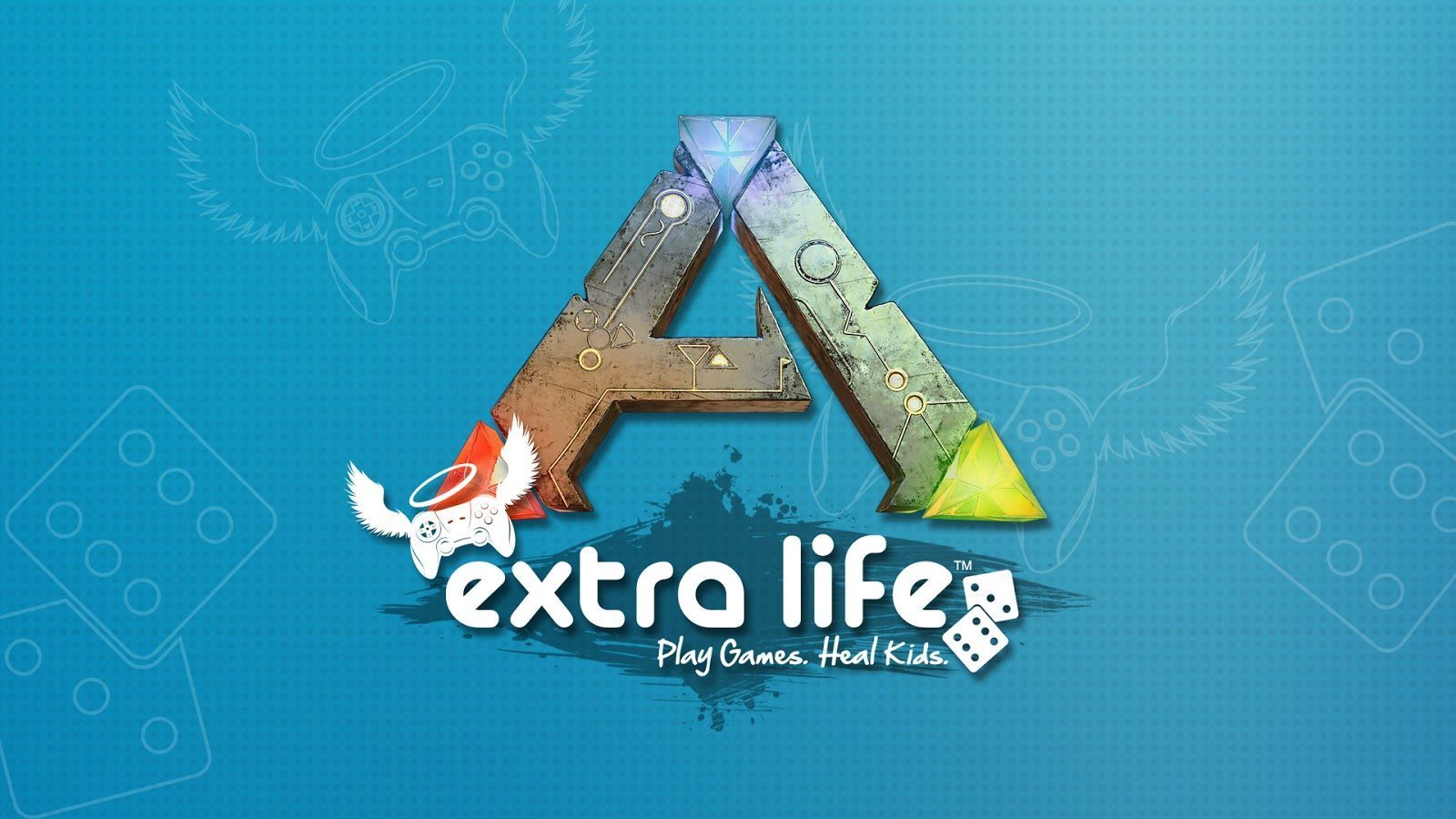 As we have done in prior years, we held a 24-hour charity event for Extra Life. During the stream, we gave away Collector’s Edition boxes, and game keys!  We also gave away information about the upcoming DLC Genesis Part II and had special announcements from Jesse and Jeremy.

Thanks to the ARK community, this years Extra Life turned out to be a huge success! We hit $482k lifetime donations as a team and $182,553.24 as a team in 2020 alone!  A huge thanks to the generous ARK community for helping us do some good for children in need. 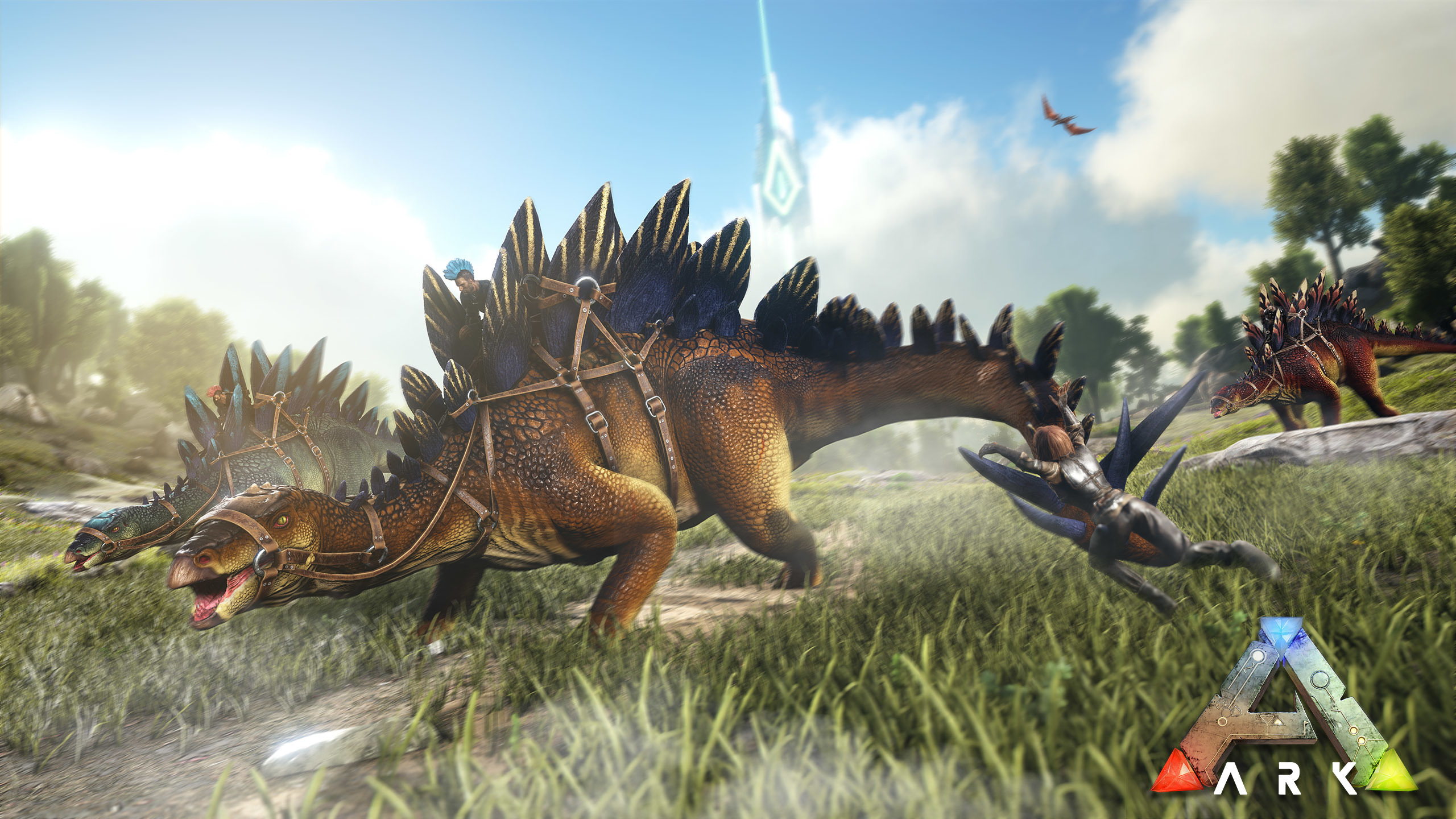 We were able to launch our highly anticipated patch: Tender Loving Care 3.  When the opportunity presents itself, we like to go back and show some attention to creatures that may need more love or things that our community would like to see addressed. We were particularly excited about TLC 3 and the introduction of insect and wyvern breeding to the game.

In addition to the creature and balance changes, the community saw a rework of the taming UI. 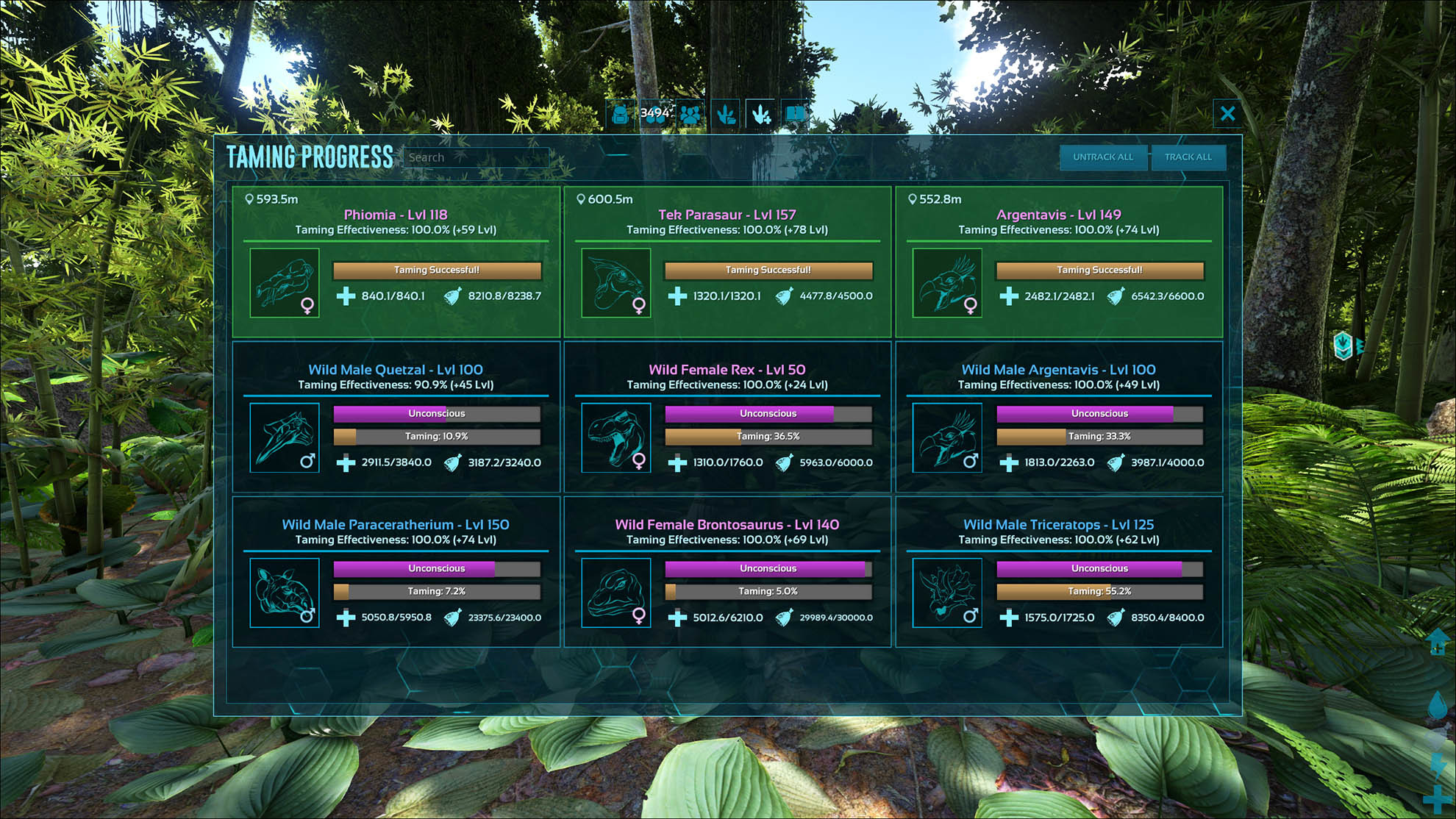 ARK 2 and ARK: The Animated Series 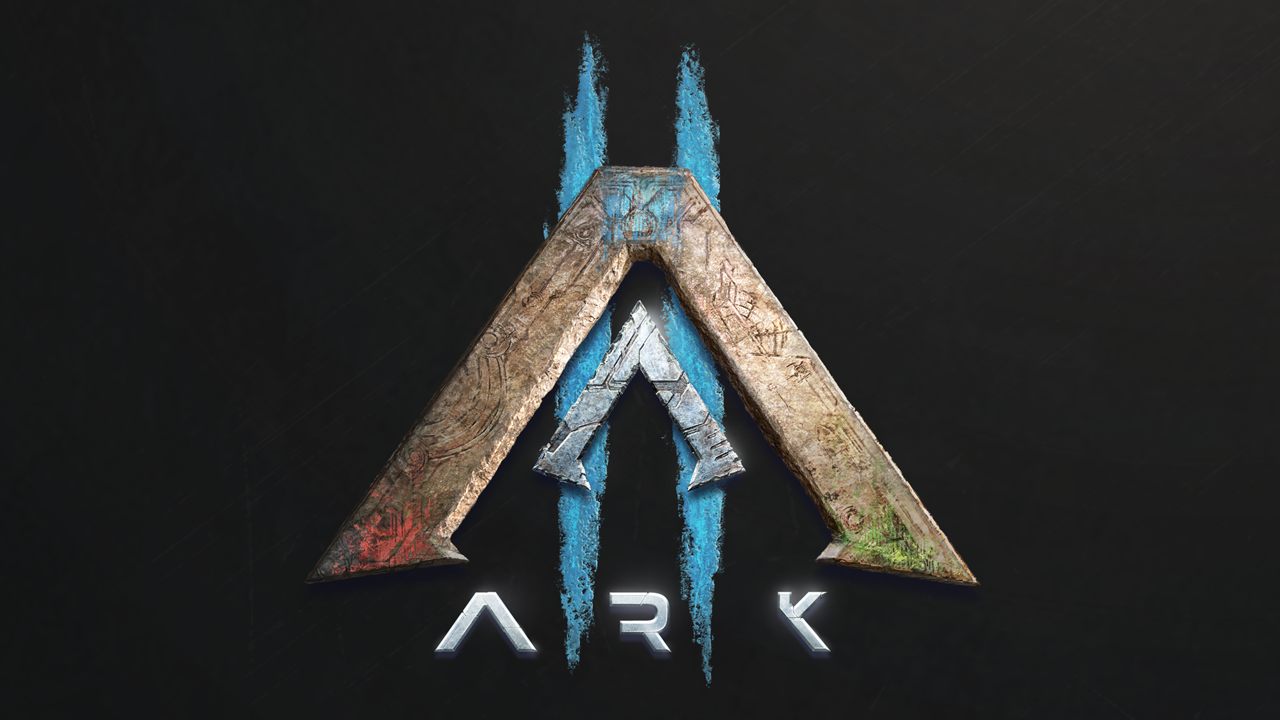 Just recently we announced ARK II, a brutal new world of primitive survival against both beast and man, facing down the ever-present threats of hyper-realistic intelligent dinosaurs, aggressive alien fauna, and the exotic environments of an unearthly planet.  Survivors will continue ARK's dramatic eons-spanning story of humankind's evolution, in this next-generation sandbox survival experience! 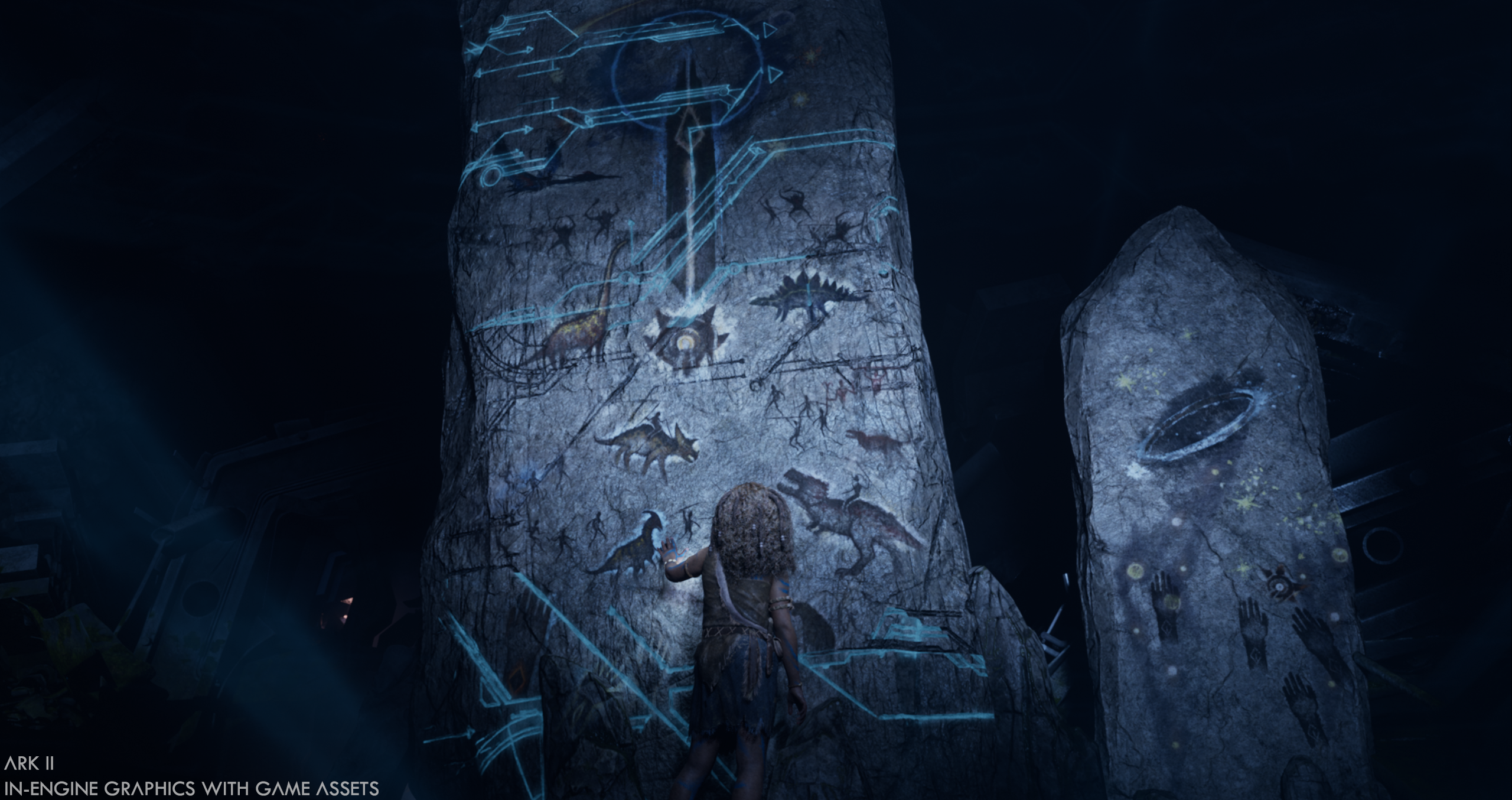 From cutting-edge animation studio Lex + Otis and with music composed by Gareth Coker (Ori and the Will of the Wisps), ARK: The Animated Series chronicles the story of a mysterious primeval land populated by dinosaurs and other extinct creatures, where people from throughout human history have been resurrected. 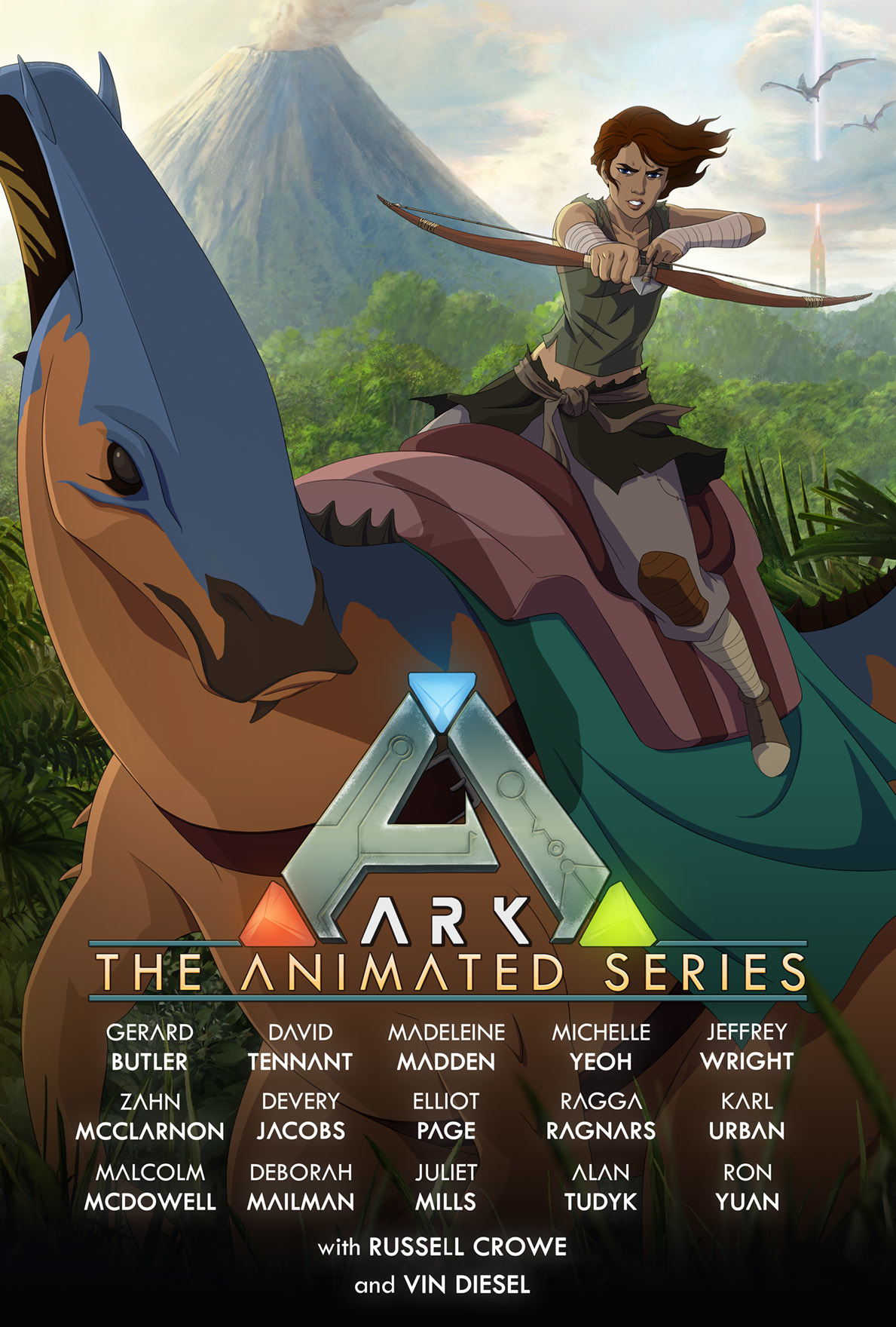 However you spend the end of your year, we wish you health, happiness and good fortune (and a lot of rest and nice snacks). Take care of yourselves and each other and we'll see you all in 2021 with a slew of hype and energy! 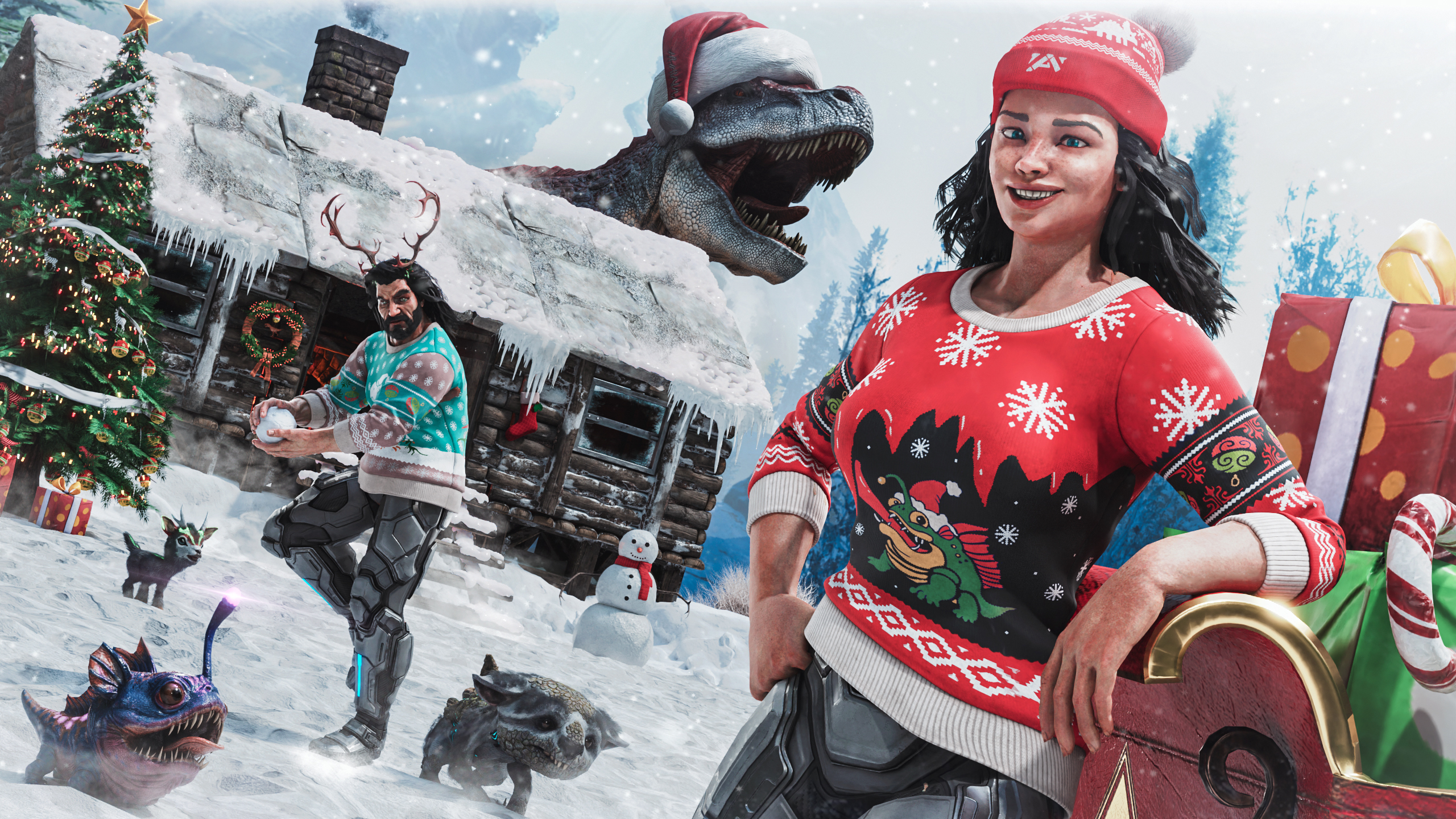 All the best and happy holidays!